Following you will find a short survey on Berlin in order to make you aquainted with some basic features of this fascinating city.

Berlin is the capital and the seat of government of Germany. The German President, the Chancellor and both the Upper and the Lower House of Parliament have their seat in Berlin.

With about 3,4 million inhabitants Berlin is by far Germany´s biggest city. Hamburg (app. 1,7 million), Munich (app. 1,4 million) and Cologne (app. 1,0 million) follow at a great distance. And with almost 900 square kilometers of municipal area Berlin is also Germany´s largest city as far as the size is concerned. 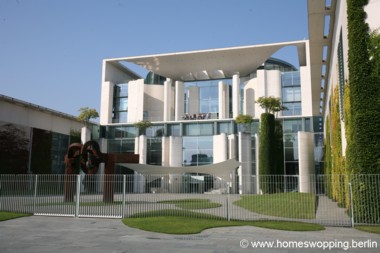 And Berlin can boast about another superlative: It is by far Germany´s greenest metropolis. According to official figures the municipal area of Berlin is composed of 18.3% of forestial, 6.7% of water and 12.0% of recreation area.

And yet another record-breaking figure: Berlin is the melting pot of nations: People from more than 180 countries live in the city. 14.1% of Berlin´s inhabitants do not have the German nationality.

Some historical facts about Berlin

First mentioned in the year 1244, Berlin has had a very eventful, but definitely never tedious history. As a matter of fact; with the division after World War II and the reunification in the year 1989, it has been a unique history.

Elector Friedrich Wilhelm the Great in the middle of the 17th century, royal town in 1701 after the coronation of King Friedrich I of Prussia, magnificent development under Friedrich the Great. With the Reichsgründung in 1871, Berlin became the capital of the Greater German Reich. 1918, after the abdication of Kaiser Wilhelm II, Berlin became the capital of the Weimar Republic. The golden Twenties were certainly the most flamboyant time of Berlin, marked by joir de vivre, cosmopolitan openness, cabarets, theatres, literarature and movie.

After Adolf Hitler´s seizure of power on January, 30, 1933, Berlin sank into darkness. In May 1945, the city witnessed the capitulation to the Red Army. Even before, in September 1944, the Allied forces declared the Four-Power-Status of Berlin in the London Agreement. 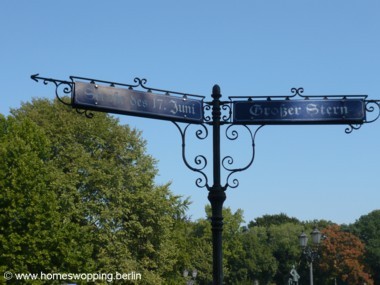 On June 24, 1948, the Soviets started the blockade of West Berlin, which lead to the airlift to supply the city with essential provisions. Berlin became the center of the Cold War.

After the fall of the Berlin Wall on November 9, 1989, Berlin has become the capital of the Federal Republic of Germany and the seat of the Government. The German President, the Chancellor and both the Upper and the Lower House of Parliament have their seat in Berlin.

Since then Berlin has become one of the most attractive cities in the world. A huge number of visitors from all over the world come to Berlin each year; the arts, culture, history, the creative atmosphere, excellence and non-conformity have made Berlin to one of the most fascinating cities of the 21st century.

As far as the climate is concerned, Berlin is most priviliged. It is located in a temperate climate zone, with no extremely warm or cold temperatures. The hottest month is July, the coldest January. For tourists Berlin is attractive the whole year round.